A DIFFERENT LOOK AT MOVIE MAGIC

Do you also miss traveling? I'm really looking forward to packing my suitcase and getting out there. Start visiting the filming locations I added to my bucket list in recent months. Travelling wasn't an option but watching as many movies and series as I could, was. All the wonderful locations I saw only increased my urge to visit them.

In the last couple of months Google Street View has proven to be a wonderful alternative for traveling. I already used the service a lot, but I became an even bigger fan. Sometimes you come across a photo which almost takes you to the place you would love to see, thanks to the phenomenal 360-degree view. Therefore, I have selected a few really beautiful Google Street Views for you. 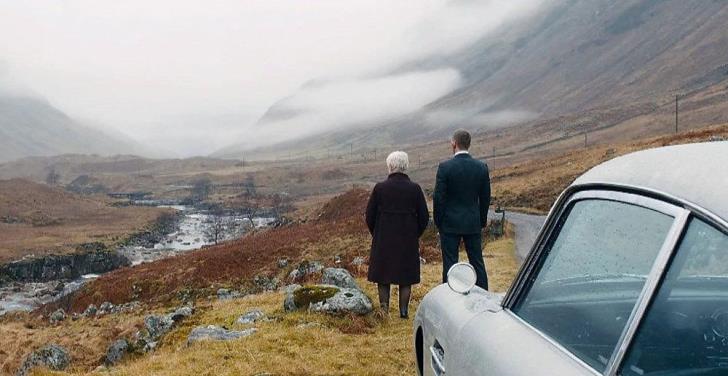 One of the most beautiful Bond locations ever presented is the one in Glen Etive. In that truly sensational valley in the Scottish Highlands, we saw 007 predicting the approaching storm in Skyfall. Director Sam Mendes must have shot the scene with Daniel Craig and Judi Dench somewhere in the fall of 2011 or at the beginning of 2012. Mother Nature only shows her colours during fall and winter as presented in the movie. But it does not make this street view in Google less impressive.

If I can point at another place where Mother Nature shows us one of her most beautiful faces, it would be on the border of Arizona and Nevada, in the unparalleled Monument Valley. It is the place that we have come to associate with movies thanks to director John Ford. He recorded nine films there. The western The Searchers with John Wayne is probably his most famous. Ford's name is so associated with 'the sand that lights up the valley' - the translation of the name given to this sacred site by the Navajo Indians - that he got his own location there: John Ford's Point. Gore Verbinski paid tribute to the legendary director in 2013 by filming The Lone Ranger with Johnny Depp at that exact spot. A place you really cannot get enough of, as this Google Street View proves.

More than 5,200 miles from that American desert, featured in countless westerns, is something completely different: the cultural heart of France. On Place du Carrousel in Paris to be precise. That street name may not mean anything to you. But you probably know it thanks to the glass structure unveiled by the French President Mitterrand in 1989. It is the site of the pyramid of the Louvre. Not this pyramid, but the little upside-down sister became a celebrity because Robert Langdon (Tom Hanks) recognized the importance of the location in The Da Vinci Code. I cannot get you any closer than this. But realize that you will probably never see it so quiet and deserted again. 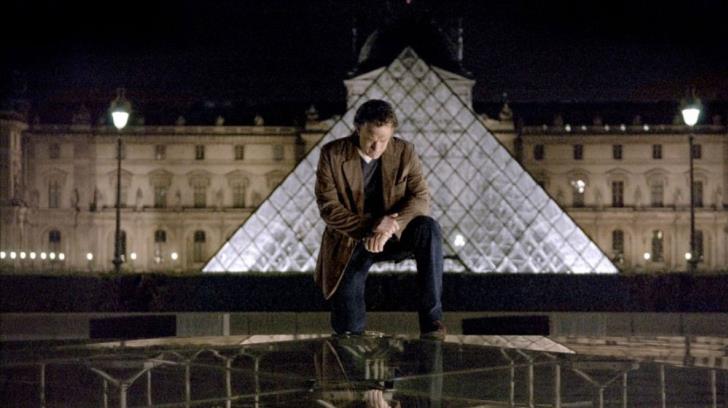 This certainly also applies to the Spanish Steps in Rome in Italy, as portrayed by photographer Lucio Virzi during the corona crisis. Impressive, majestic, and so empty... The 135-step staircase in Piazza di Spagna always reminds me of the super-charming Audrey Hepburn and the distinguished Gregory Peck in William Wyler's Roman Holiday. That movie transformed the captivating Hepburn into a real movie star and made the Spanish Steps an iconic movie location (Google Street View).

One place I definitely want to take you to (and can really recommend if you are looking for a place to visit once traveling is possible again) is the Old Royal Naval College, in the London district of Greenwich. The stately buildings on the River Thames have often been the setting for movies. You may not believe it, but more than 125 films have already been shot there. From small local productions to huge Hollywood films. I would briefly like to highlight the fourth part of the famous Pirates franchise: On Stranger Tides. Google Street View gives us a special look into the Painted Hall, once again abandoned and therefore truly unique. The fantastic paintings on the ceiling were thoroughly restored quite recently, and the hall reopened to the public in March 2019. I cannot wait to see it again! 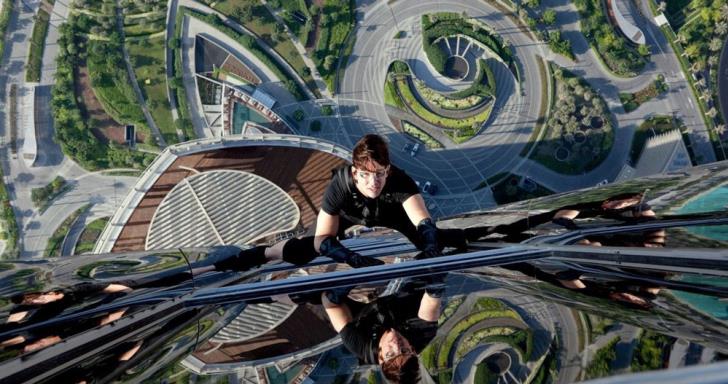 The Griffith Observatory in Los Angeles is also a frequently used setting for feature films. Dozens of movies were shot there. Perhaps Rebel Without a Cause and the romantic tribute to Hollywood, La La Land are the best-known movies filmed here. More than seven million people have already looked into space through the telescope at the observatory since its opening in 1935. One of the reasons The Griffith Observatory is a much-loved filming location is because it offers such an outstanding view of the City of Angels. There is no better online evidence than this drone shot.

I  saved the most spectacular view for last. Tom Cruise climbed the 2,722-foot Burj Khalifa in Dubai for the shooting of Mission: Impossible Ghost Protocol in the fall of 2010. The spectacular images of the filming of that movie went viral. To this day, the nail-biting scene on the tower can be seen as one of the best action scenes of all time. Thanks to Google Street View, you can almost feel like Ethan Hunt. Enjoy the view!