'That is a very beautiful image.'

A picture is worth a thousand words. Film makers know this all too well. Some of them have created images that became part our collective memory. Julie Andrews singing in the Austrian mountains, Leonardo DiCaprio and Elliot Page seeing the impossible happen in the streets of Paris. Even Joaquin Phoenix has already joined the collection of immortal movie images, dancing like The Joker on the steep stairs of Gotham City.

There are countless beautiful movie images. Many of them feature movie stars who take us on their adventures and with whom we come to identify ourselves throughout the movie. Many of those wonderful stills also show beautiful locations. Take the promotional still from Wonder Woman 1984 for example. It was one of the first images from the highly anticipated sequel that Warner Bros. shared with the world. Diana and Steve with the beautifully lit Lincoln Memorial in Washington DC in the background. It does not get any better!

Not all great movie stills make it into what I would like to call this Hall of Film Fame. What they need to do to reach that special level is capture the entire movie in one photo. Elliot with E.T. flying in front of the moon, Sylvia who wades through the water of Trevi Fountain in Rome, Rose and Jack on the bow of the Titanic. The list is endless. And the nice thing is that you probably immediately see these images in front of you when you read this. The images bring the movies back to life.

As a true set jetter, I think the greatest examples of iconic movie stills are those who show the importance of the movie setting. As is the case in the defining image of David Lean's epic The Bridge on the River Kwai or that of a lonely Mark Watney looking out over the desolate landscape of Mars in The Martian. We certainly cannot ignore those great images the James Bond franchise has given us, like the one from The Man with the Golden Gun in Thailand (you know exactly what I'm talking about, don't you?)

Behind all of those classic images are some of the greatest stories to be told. Like the one about filming the legendary opening scene of The Sound of Music in 1964 in the mountains just outside Salzburg. It took a helicopter with a cameraman hanging half overboard (who had a fear of heights, by the way) to create that magical opening scene. Even Julie Andrews had enough of the wind that the blades brought about and after ten takes she really became angry.

Another great story is behind the stairway scene in Rocky. It was there and then that the steadicam, a mobile camera invented by Garrett Brown, was used for the first time in movie history. The scene would never have looked like the one we all know if Brown had not been able to run up the stairs in Philadelphia together with Stallone and show us true victory. It's a classic! 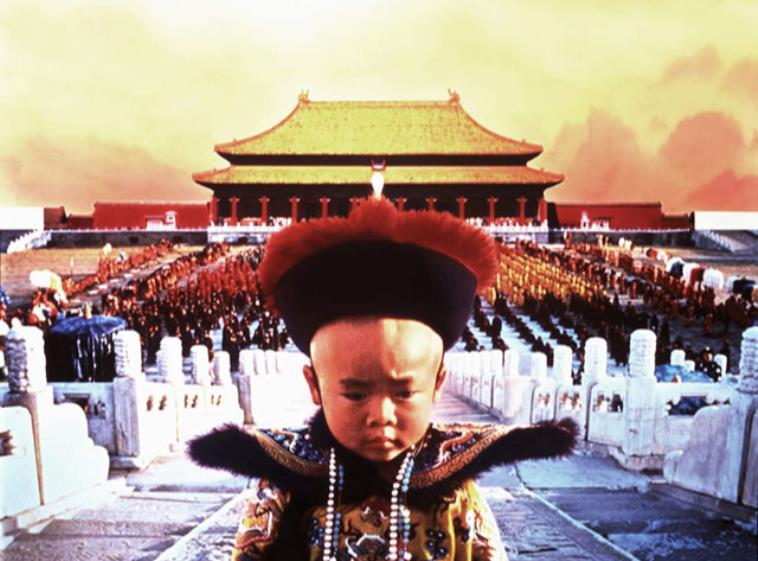 Another 'first' was the permission that movie director Bernardo Bertolucci got from the Chinese government to film his epic movie The Last Emperor in the Forbidden City in Beijing. One of the great things he and cameraman Vittoria Storaro shot was the classic scene of three-year-old Pu Yi, who chases the yellow curtain. Bertolucci told the entire story to DGQ Quarterly in the spring of 2008. It seems that the English Queen Elizabeth was also in Beijing at the time of the filming. It prevented her from visiting the Forbidden City.

The Last Emperor is perhaps the best example of a movie where one photo - with a beautiful location - is so strong that they also decided to use it for the movie poster. Maybe we should dig into that subject a next time. Do you have any favourite movie poster with a location on it that we can include in that overview? Just let us know...

The Sound of Music

The Bridge on the River Kwai

The Man with the Golden Gun