(Ant-Man and the Wasp)

What do Games of Thrones, Interstellar, Full Metal Jacket and Netflix's latest hit movie Red Notice have in common? The answer is probably not that difficult when you are reading a blog about filming locations: they were not shot in the place the story is set in.

In the case of Games of Thrones and Interstellar, that is not so strange. King's Landing, to take just one of the many locations from that great HBO series, is a fictional city created by George R.R. Martin. We all know that it doesn't really exist. The same goes for planet Mann in Interstellar, named after Dr. Mann (Matt Damon) who was the first to set foot on the ice planet. Also, a fictional creation. This time by the Nolan brothers, who wrote the original screenplay for the hit movie from 2014. 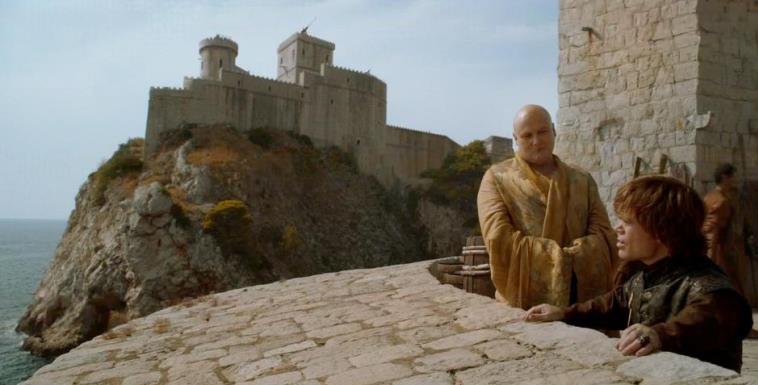 And because they do not exist in real life the creators had to look for contemporary, terrestrial locations that could pass for King's Landing and Mann. They found them in Dubrovnik in Croatia and in Iceland where the Svínafellsjökull Glacier formed a great backdrop for the scifi movie by Christopher Nolan.

They could also have chosen to use a studio and recreate the fictional environments there. Or ask the smart CGI guys to get it out of the computer and use green screens. But luckily the scouts were able to find beautiful locations that - with the help of talented production designers - fitted the picture extremely well.

Yet King's Landing is of a slightly different order than the planet in Interstellar, because that might really exist somewhere in the galaxy. We do not know that, yet. The city where the Lannister family rules in Game of Thrones is more like Hogwarts, The Shire or Gotham City. All places we are pretty sure of we will never discover in real life (but wouldn't it be great if there wás a parallel world where Hogwarts is a reality?).

Yet, we can still visit the city of Batman, we can still walk through the charming village of Frodo and Bilbo Baggins and we can still take the stairs to the Great Hall at Hogwarts like the students did in the first Harry Potter movie. Because the movie sets of The Dark Knight, The Lord of the Rings and Harry Potter still exist.

There is another category of filming locations. Those that were not shot in the place the story is set in but are part of the real world. The Oscar winning movie Amadeus was not shot in Vienna where Mozart lived, but in Prague. The scenes in Cuba in No Time to Die were not filmed on that island but on Jamaica. Steven Spielberg's version of West Side Story was not shot entirely on the streets of New York, but partly in nearby Paterson and Newark, New Jersey. Even the musical Chicago was not filmed in the city at Lake Michigan, but in Toronto, Canada. Those kinds of place changes happen all the time.

There are all kinds of reasons for that. For example, it can be very interesting from a tax point of view to film in Bulgaria and make it look like the story is set in Moscow. And the American state of Georgia has also been able to attract productions with tax benefits for years, such as The Hunger Games and various Avengers movies. In other cases, creative solutions had to be devised for other reasons. The Covid-19 pandemic forced The Morning Show's production companies to film its third season entirely in LA and the surrounding area while the story is set in New York and Italy. A little CGI and some great work by the location scouts and the audience does not notice. The same was true for Netflix which was forced to shoot the hit movie Red Notice – which really takes place all over the world – in its own country. Again, a matter of a lot of CGI, sets and stock images.

The greatest example of a filmmaker whose latest movies suggest that he shot them all over the world, but in fact did not leave his own country, is Stanley Kubrick. Eyes Wide Shut with Nicole Kidman and Tom Cruise was not filmed in New York, but in the United Kingdom. And the Vietnam war scenes in Full Metal Jacket? They were all recorded in the abandoned Gas Works in Beckton, just to the northeast of the current London City Airport. Production designer Anton Furst renovated the entire site and even planted palm trees himself. All because Stanley Kubrick apparently developed a fear of flying and didn't want to go abroad anymore.

No Time to Die

The Lord of the Rings